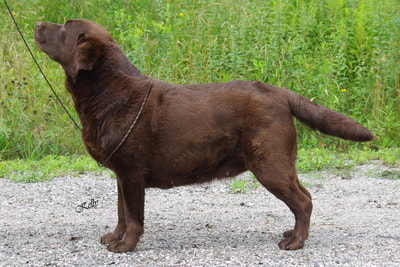 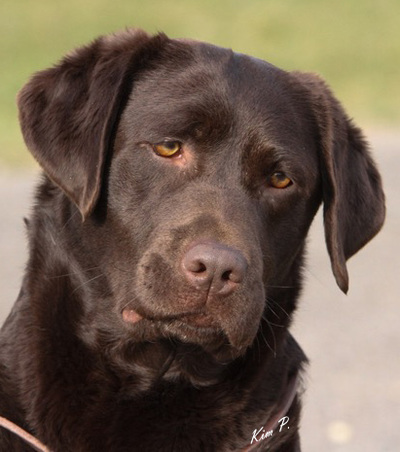 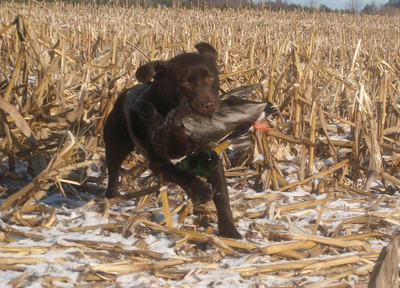 Please click on photos to enlarge and read about Whiskey's wins. 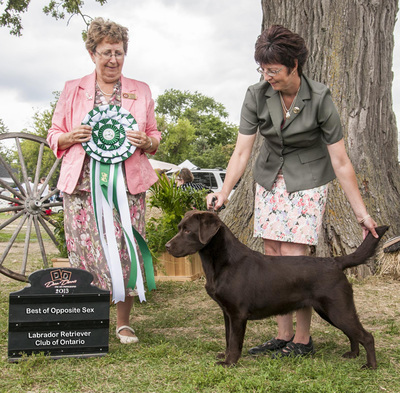 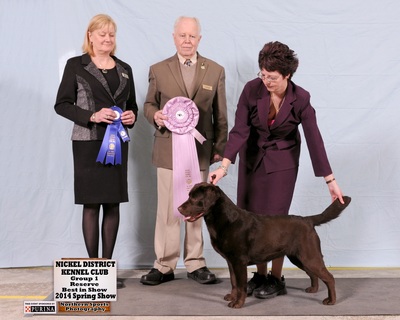 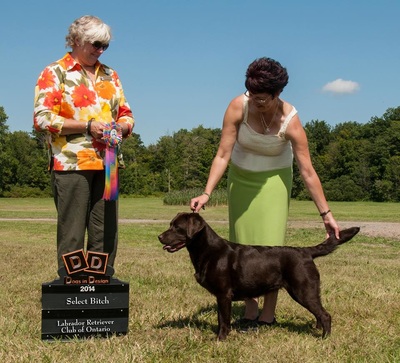 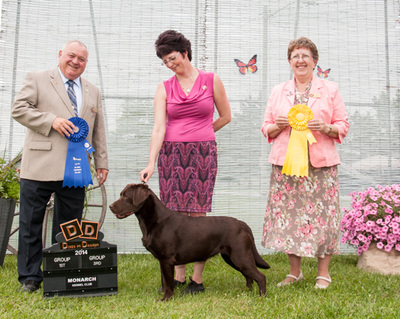 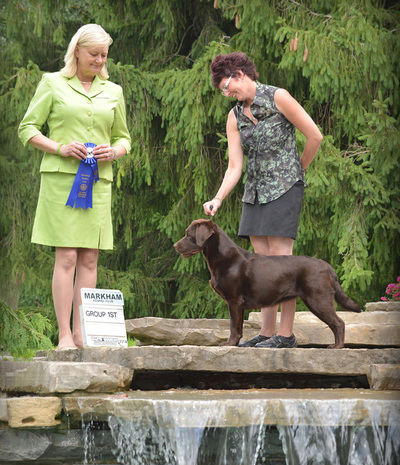 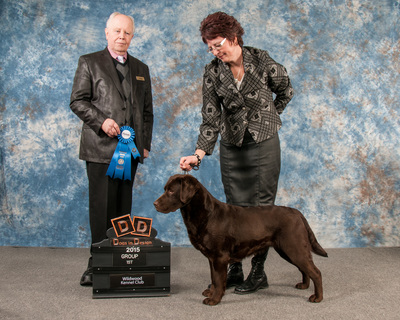 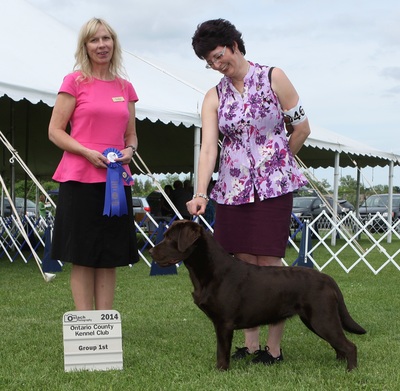 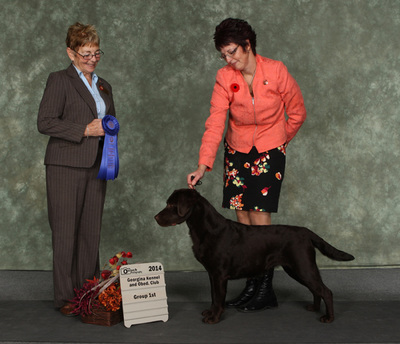 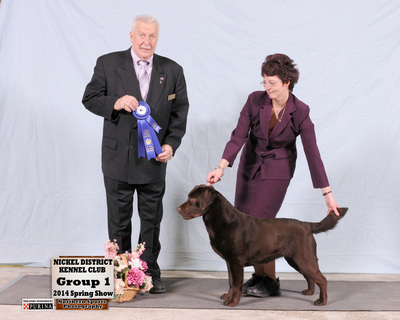 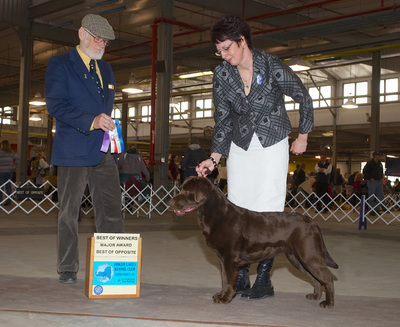 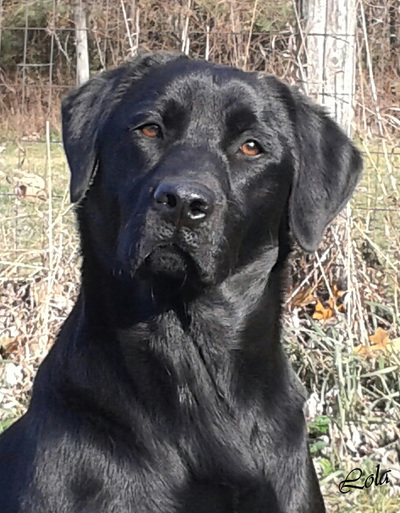 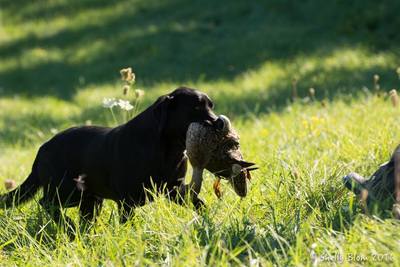 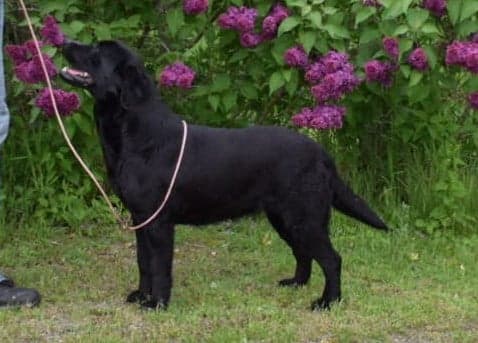 MBPIG GCh. Delightfull Bonanza For Maktawae  "Zanza"
(Ukraine Ch. Junior CH. Kendystyle Rolex x Delightfull Welcom News)
Grand CH Excellent Pointed
Hips/Elbows OFA Good/ Elbows Normal- Cardiac Echo Clear- EIC - PRA Clear by parentage​-CNM clear-HNPK non affected Carrier- Dilute Clear
breeder: Vlada Manzenko of Delightfull Labradors in the Ukraine. Thank you for allowing her to come to Canada!
​
Her very first show at 5 months was to the "big show" Labrador Retriever Club of Potomac where she made the final cut of 6 out of 20 in her sweeps class under breeder/judge Lena Wilbert Johansson of Annuals in Sweden and then 8 out of 21 in her regular class under breeder/judge Sonia Czajor of Bella Mare Labs in Poland!
2016 June LOC Specialty show 1 Specialty 2nd JR. Puppy Sweeps and 2nd in Regular Class- LOC show 2  2nd in Jr. Sweeps and 3rd in Regular class.
2016  August LRC National Specialty 2nd in Junior Puppy Sweeps judge: Karen Helmers
July 1st (Canada Day!) Bonanza finishes her Can. Championship at 7 1/2 mths - on the way a couple of Best of Breed wins over specials and 2
​Best Puppy in Group wins!
Finished 2019 as #19 Lab in Canada with a number of Best of Breed wins and Group Placings all under breeder/judges! 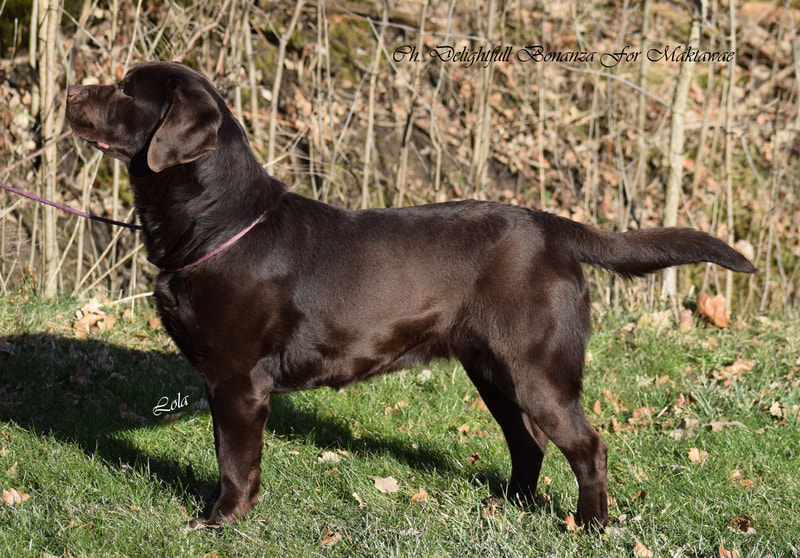 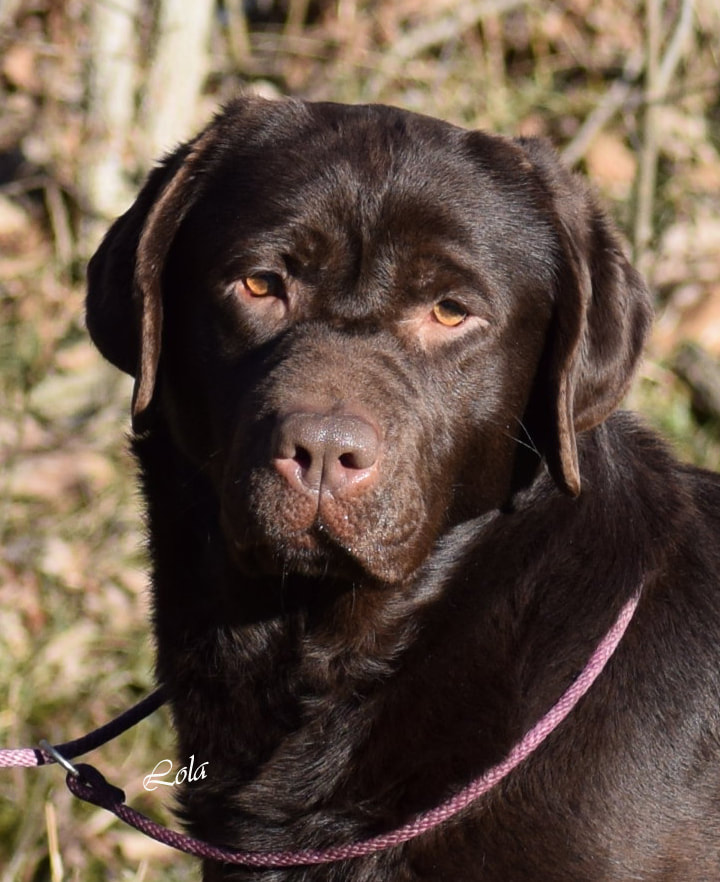 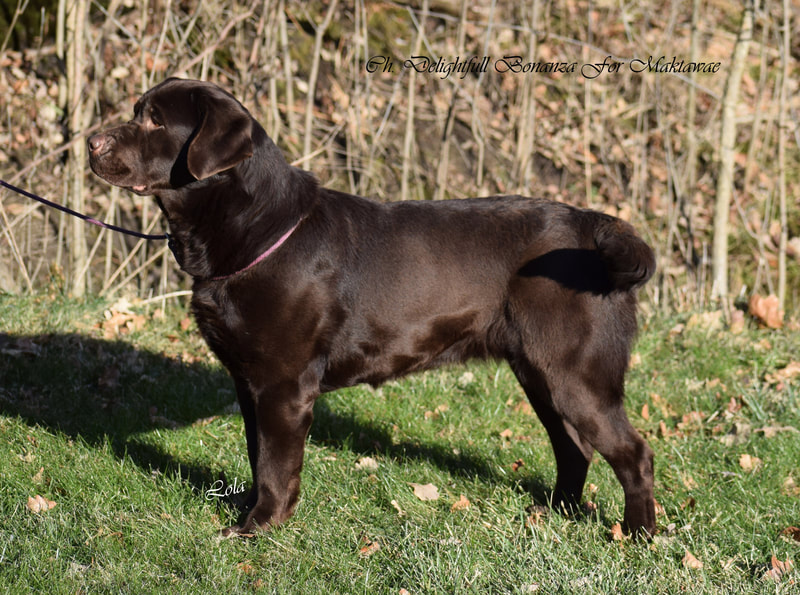 I can't thank Pam enough for entrusting this beautiful puppy to me half way around the world! We have some big paws to fill with her half brother who is also her grandfather BISS Aust.Ch. Blackrange Sorcerer's Apprentice "Charlie" having won BOB at the Australian National Specialty in 2014!
Had her first shows a few weeks after arriving in Canada and she won Best Baby Puppy In Group at all 4!! Cassi has also won a couple of Reserve Winners at just 7 months of age including at the South Western Ontario All Retriever Club Limited Show! Finished her Canadian Championship with multiple Best of Breed wins from the Puppy Class and has 5 Best Puppy in Group wins! Multiple Sporting Group placements! 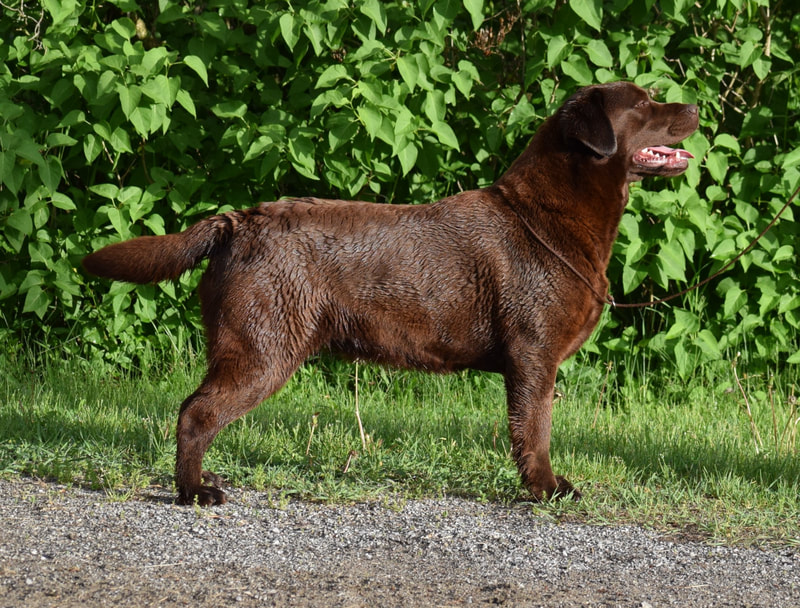 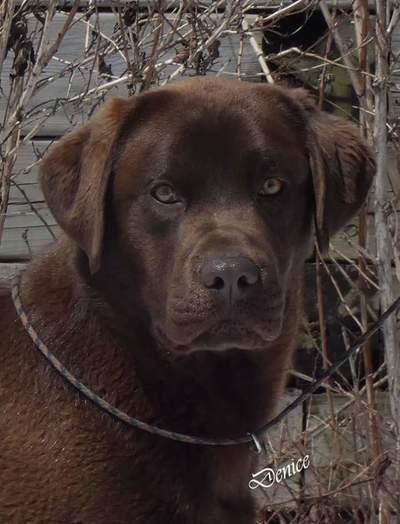 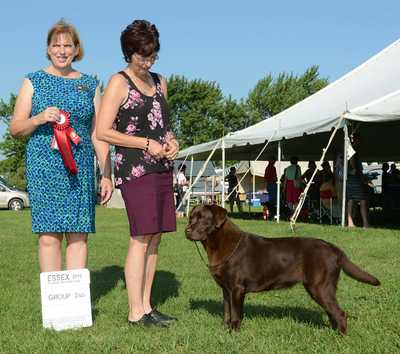 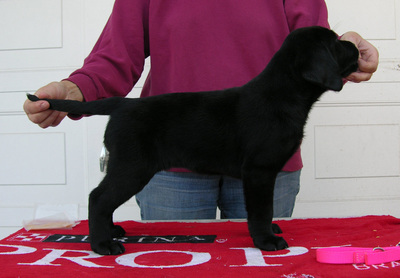 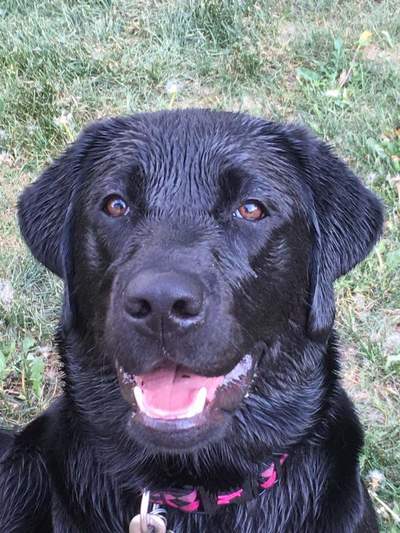 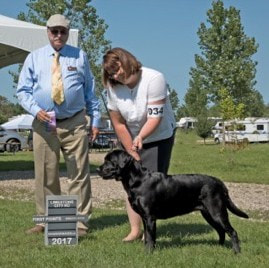 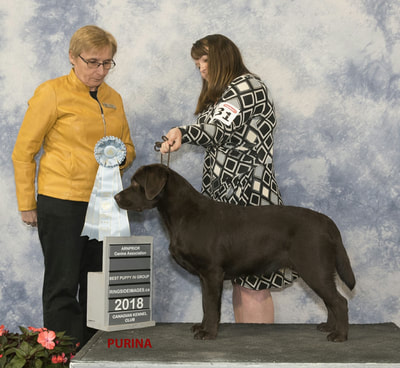 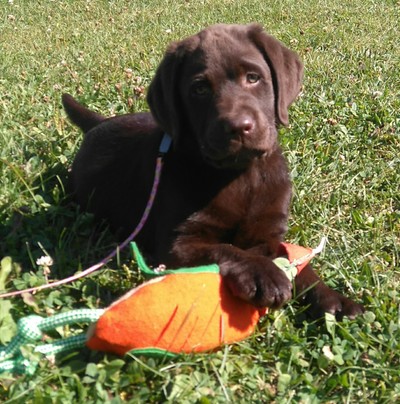 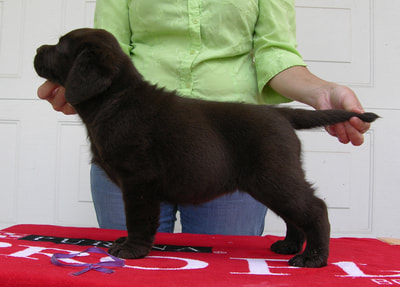